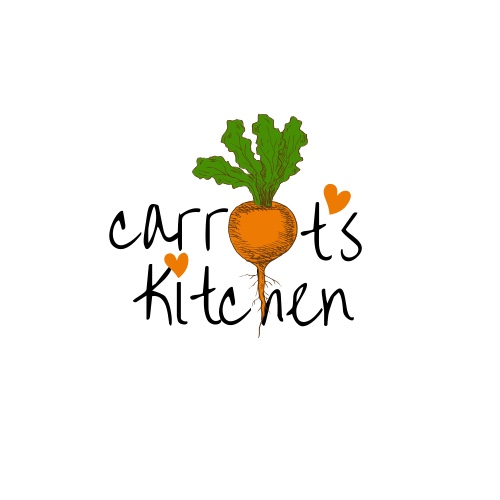 Hello and welcome to the second part of my report on Cuba.

This report will tell you everything important about Playa Giron, Trinidad, Varadero and La Habana (part 2). This time I was travelling with my good friend Paula!

Having heard about Playa Giron from my sister and my brother in law, I couldn’t wait to arrive at the “Bay of Pigs”.

I was looking forward to some excursions, snorkelling and finally – the beach!

We only stayed for 2 days, so we didn’t have time to discover everything that’s around Playa Giron. Nevertheless, we managed to go snorkelling, which was absolutely amazing and I can highly recommend it. There is one main centre for diving and snorkelling and it’s a different destination every day, so you really can’t go wrong with that!

We’ve also done a trip to some hidden lakes/ caves, where we went swimming and we stopped at a lot of different places on the way to look at different little sea creatures.

While we were there it was crab season (March-May). It was absolutely incredible to see it and I wouldn’t wanna miss this memory. At the same time, many of these huge crabs are being destroyed by cars, coming from and to the entire “Bay of Pigs” . As a consequence, I probably won’t go back between March and May.

I would say, for anyone, that’s not looking for a diving holiday, plan it as stop going from La Habana towards Cienfuegos/ Trinidad – you’ll be able to see everything in 2-3 days.

While in Playa Giron, we stayed at Casa Ivette y Ronel. Unfortunately, I cannot recommend this Casa Particular at all. It was not clean at all (we had millions of ants in our beds and the entire room, and when we asked to change the bedsheets, we weren’t event looked at. After asking a few times and offering to do it ourselves, they gave us the bedsheets and left without saying a word). I haven’t seen Ivette and Ronel around much at all, they left for some travels and didn’t event say a word… Compared to other Casa Particulares, it was also quite expansive, especially the food, which was also not as good as in other Casas.

In contrary, I can absolutely recommend Hostal Bahia. I met Adrian at Casa Ivette y Ronel and he was very nice and always helpful. We ended up spending one night for dinner at his house. While there, we met his family, which are really lovely and extremely welcoming. Adrian himself, speaks English, which is really helpful and a rarity. He spent years working in gastronomy in La Habana, which makes dining at his Casa Particular spectacular. If you want to spend some time in Playa Giron, you can book his Casa Particular through Air BnB right here.

Arriving in Trinidad, I followed another recommendation from Reina (remember to book her Casa Particular, in La Habana, through my future booking page on the blog). This Casa Particular was outstanding. We stayed at Hostal La Navarra, in the middle of Trinidad. It was a beautiful old house and everybody was incredibly nice. Victoria (the house owner) had some family visiting and they were all including us as one of their own. The ladies running the kitchen were particularly lovely and the food was amazing (but be careful, there’s A LOT of it!!)

As Victoria and her husband have been living in Trinidad throughout all their life, they know everyone and they organised lovely trips for us (which were way less crowded than other groups). So, really, if you’re looking for a place to stay, in Trinidad – book Hostal La Navarra, right here.

Let’s talk about our day trips. The first day, we went horseback riding with a friend of Victoria’s husband. As they knew each other, we were lucky and got a tour only for the two of us. We first went to a sugar cane farm and afterwards, to a waterfall. The waterfall, unfortunately, was quite busy, but very cute and the most amazing thing – you can go swimming, too. As we were already out and about for a few hours and it was the beginning of the cuban summer, we were very happy to dive into the cold water.

The next day, we decided to go off on our own and followed a tip from the Lonely Planet, saying you could get onto a boat and go all the way to La Boca. The best thing: it was just outside of Trinidad and closely located to our Casa Particular. We decided to check it out, but unfortunately, Lonely Planet was completely wrong here. We asked several people, we found at the boat stop and there’s no “shuttle service”. After talking to them for a while, someone offered to take us in exchange for 60 CUC, which was more, than we were willing to pay. It was also supposed to take at least 2 hours. We decided to take a taxi to La Boca instead (which took 10 minutes) and we spent a few hours at the beach there.

La Boca, is a cute little fishing village and there are surprisingly few tourists. Nevertheless, I would recommend to visit some museums or antique houses in Trinidad. or even going to Playa Ancon instead, as at the end of the day, it is just “another beach”.

We were also very excited about the nightlife in Trinidad. A good friend of mine, told me, that La Casa de la Musica, is amazing. When we arrived though, it seemed to be more for the older generation and hotel guests. It was overall very quiet. Maybe it was just unlucky – I’d definitely give it another go. We also went for a few drinks at Terraza Trinidad Colonial, where you can find amazing live music and very interesting musicians. I will definitely go back there, next time, I visit.

On to Varadero, I have one main thing to tell you: If you’re looking for a relaxing hotel vacation, surrounded by other hotel travellers – Varadero is the place to be!! If you’re trying to emerge with the culture – don’t go!

Yes, the beach is very beautiful. Everything else, to be frank, is not worth it. It’s overpriced, it is near to impossible to get a Taxi Collectivo (what means, enormous queues for the Viazul busses) and it’s really quite boring.

The next morning, was also my friend Paulas birthday and I am more than happy, that I negotiated this trip for us. Surprisingly we arrived so early, that we were the ONLY ONES there!!! This was a really amazing experience: no queueing, no waiting and, the best: no other people in the water!

La Habana – colourful, busy by day and night, full of surprises, yet not holding up to its promises.

Over the last year or two, I have heard a lot about La Habana. Friends, who’d be travelling there or even some who got married. For me, personally, La Habana didn’t live up to the expectations. Don’t misunderstand me, La Habana is beautiful (or at least some parts are), but open borders, increasing imports and especially the incredible number of tourists, have taken it’s toll.

New cars are slowly taking over, fast food can be found at every corner and rubbish is to be found everywhere on the streets. La Habana got run over by all these changes, without being properly prepared for it.

While tourists, with a lot of money, stay at their expensive hotels, with 24/7 internet access, are transported comfortably by a taxi, from one town to another and can easily move around from one side of the town to another or even buy “all the food they want”, the cuban population is far from being that privileged.

Unfortunately, Cubans often have to walk to work (no matter the distance).  They have to walk all the way to the motorway, waiting under a bridge in the heat, hoping someone will give them a ride in their car. All this, so they can visit some relatives in a different town or even collecting packages from the airport. This means, they have to take a day off of work, taking several busses and walk a long way to collect it – only to have to go all the way back, afterwards.

Should you ever leave the main roads and the centre, you see a lot of poverty and living as well as health conditions, that are unacceptable. There’s a big problem with Diabetes, caused by all the sugary imports and the failure to raise awareness about it. Though all of this seems quite terrifying, I have never met friendlier and more welcoming people, than in Cuba.

It is still a very beautiful city and people are kind and happy, but I think it’ll take some time to adjust to all the changes, in order to find a balance between the “cuban lifestyle”, which is full of music and dancing on the street and the busy life, the globalisation brings along. I hope the new government will bring positive changes and I will find a more balanced Habana, when I go back.

P.S. For every foodie out there (and everybody else, who appreciates good food), make some time to go to La Guarida and if your hosts are lovely, just take them along with you. What seems to be too good to be true at this price, means an entire world to them. I will write a separate post on La Guarida soon.

I will definitely go back and re-visit Trinidad, which for me, was the best part of Cuba: historic, old-fashioned cuban lifestyle and way less crowded, than La Habana.

I hope you enjoyed reading my post (it’s way longer, than I expected) and I will  keep you posted on my travel experiences and recommendations.

I’m Carolin & this is my foodblog. I focus on plant-based & gluten-free food.

Read more about my story here.